A Tradition of Manufacturing for Story-Telling 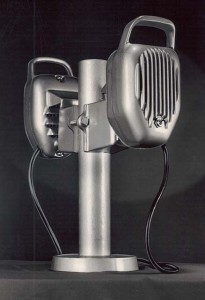 Before there was Tributestone, there was Systems and Products Engineering Company (SPECO). And before SPECO, there was Drive-In Theatre Manufacturing Company (DITMCO), and that’s where it all began.

In 1948 George Heller started DITMCO, whose focus was on movie theatre wholesale operations. Shortly thereafter, he took advantage of the opportunity to purchase many patents that had once been held exclusively by companies like Norelco and RCA. Enlisting a team of engineers, together they devised new technology for the drive-in movie industry. This shift in focus proved to be a success; if a product was used in a drive-in movie theatre, Mr. Heller’s company created it: blueprints, screens, towers, projection booth equipment, automation systems, concessions booths, display booths, playground equipment, lighting, wiring, speakers, junction boxes, and stands. 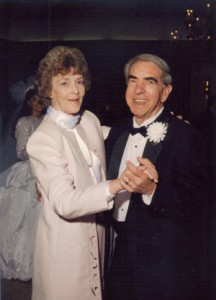 The electronics division of the company was also enjoying success, namely in the form of inventing and manufacturing testing equipment for the military. It was crucial to the military that the wiring and electrical systems on their tanks, ships, and airplanes run without incident. Drive-In Theatre Manufacturing Company’s electronics division also designed the testing equipment for wiring harnesses from other manufacturers, certifying it for military use. Their testing equipment allowed the acronym ‘DITMCO’ to become synonymous with a high level of reliability, testing, and certification.

George Heller was a family man and employed his four nephews, Ed, George, Howard, and Gene Higginbotham. He made sure The Brothers had intimate knowledge about everything concerning the company: inventory, assembly, packaging and shipping, billing and accounts receivable, sales, etc. By the late 1950s, when the electronics division outgrew the main drive-in manufacturing part of the company, Mr. Heller sold the electronics division along with the acronym DITMCO (due to the brand of testing excellence it had acquired). He kept the drive-in theatre business and the name Drive-In Theatre Manufacturing Company. In 1961, due to a decline in his health, Mr. Heller sold his company to his nephew, George. 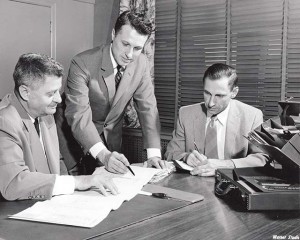 George Higginbotham and his brothers carried on the tradition of hard work and product excellence, and Drive-In Theatre thrived. George Heller’s legacy would impact not only The Brothers, but over time, the company would employ countless family members (The Brothers’ wives, children, grandchildren, great-grandchildren, cousins, in-laws and even various family members of non-related employees). It truly was a family business, and just like his uncle, George Higginbotham led by example. He was the President and CEO, but when needed, he worked long, hard hours assembling, crating, and shipping products. If a theatre owner was in a crunch, George would even make delivery runs.

As time and technology progressed, the drive-in movie theatre equipment manufacturer became an indoor movie theatre equipment manufacturer, and in 1980, the name changed to Systems and Products Engineering Company (SPECO). The late 1980s and early 1990s brought larger indoor theatres to cities, and SPECO was booming, selling equipment all over the world. Theatre owners trusted SPECO’s electronic equipment because it was reliable, durable, easy to use, and easy to fix–especially important since curious teenagers were usually running these million dollar projection booths.

After 65 years in the business, George finally retired, and when digital sound and the technology of projection that accompanied it came into view, SPECO made the conscious decision to tiptoe out of the multiplex movie market and apply the reliability, ingenuity, and ease of use standards to its new product: Tributestone. And at its helm? Jaren Higginbotham, George’s son. The legacy continues.